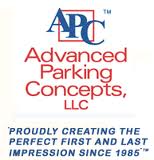 Founder and CEO, Ellis M. Dumont, is proud to announce the 30th anniversary of APC. Founded in 1985, APC has achieved the goal of becoming the pre-eminent Valet Parking/Shuttle/Concierge Operator in the New York metropolitan market. From the beginning, APC employed cutting technology and advanced metrics that delineated from the competition.

Initially starting with one luxury condominium, APC has expanded their portfolio to include thirty five full time locations consisting of Condominiums, Medical Centers, Universities, and Corporate Centers. The majority of accounts have contracted with APC in excess of 25 years. Additionally APC’s Event Division services over 700 events annually and exclusively at locations such as the New Jersey Performing Arts Center, Cipriani 42 & Wall, the Pierre Hotel, the Waldorf Astoria, to name just a few.

Headquartered in Verona, New Jersey, and originally working out of one room in 1985, APC went on to purchase the entire building in 2007.

The engine that has always driven APC’s success have been the quality of their staff. Long standing employees such as Adebisi Bamigboye (Managing Director) and Darrin Smith (Director of Operations) have provided tremendous leadership for over 20 years, along with countless other dedicated staff with equally long tenure.