ParkX, the industry’s highest quality service provider of mobile payments, took a day away from parking this weekend to make a difference in the lives of families struggling with Autism.

All proceeds from Monday’s event go to the HEAL Foundation, a local nonprofit serving children and adults with Autism, a neural development disorder that affects a person’s ability to communicate and interact with others. The Foundation serves as an outreach organization providing educational programs and camps tailored to the needs of the Autism Community.

Autism Spectrum Disorder, which has been described as an epidemic among children, is characterized by difficulties in social interaction, verbal and nonverbal communication, and repetitive behaviors. The disorder affects approximately 1 in 50 individuals. Many with Autism also suffer from a number of illnesses, intestinal disorders, and autoimmune diseases. The cause of Autism is a heavily debated subject; researchers are looking into genetics and environmental causes.

The Great Ponte Vedra Paddle Event was set up to increase awareness and raise funds to help support those families struggling with Autism. ParkX, who helped sponsor and also had members take part in the event, was proud to play a meaningful role.

“We see this as an opportunity to make a real difference in the community and show our support for a great cause”, said ParkX co-founder Austin Weiss.

“At ParkX, we’re laser-focused on having a positive impact on the community around us so we were really eager to sponsor this event.”

For Weiss, however, supporting families with Autism is more than just participating in the Labor Day event – it’s personal. Austin’s younger brother was diagnosed with Autism Spectrum Disorder at a young age. He and his family have seen the effects of the disorder firsthand and have dealt with its challenges on a daily basis.

“Having a younger brother with Autism Spectrum Disorder makes this event especially important to me, which is why ParkX is proud to be a first year sponsor and we look forward to expanding our involvement with the HEAL foundation in the years to come.”

For Monday, the focus was on winning the paddle board race against about 200 other paddlers.

“I’m a little disappointed I didn’t win the race, but I had a ton of fun. Maybe next year.”

For more information about the HEAL Foundation or to donate, visit www.healautismnow.org. 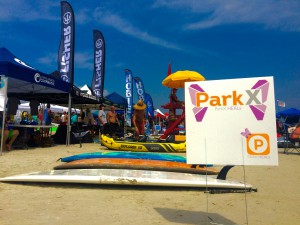 ParkX is the parking industry’s highest quality service provider of mobile payments. The company specializes in customized and innovative solutions that cater to the needs of each city and support local businesses. ParkX has two recent customized deployments in Corpus Christi and El Paso 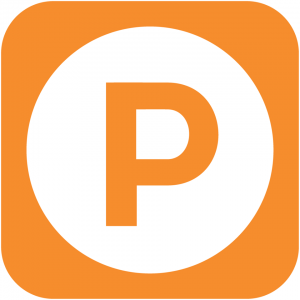