As of February 1, 2016, Dipl.-Ing. Martin Roschkowski (50) joins the Board of Management of Mesago Messe Frankfurt GmbH and its subsidiaries Mesago Messemanagement GmbH and Mesago PCIM GmbH. Continuing the proven success of dual leadership at the company, he will lead together with co-president Petra Haarburger. Martin Roschkowski takes over the reins from Johann Thoma, who will be taking up his new role at the Messe Frankfurt headquarters as of May 2016, after nine years at the head of Mesago.

In Martin Roschkowski, Mesago is gaining an experienced manager. For the last ten years, he has held the role of Managing Director at Xylem Water Solutions Deutschland GmbH. Before that, the qualified electrical engineer served as a head of department for a number of years at Weidmüller Interface, where he was responsible for strategic marketing worldwide. Given his technological background and many years of sales experience, he is the perfect choice for Mesago Messe Frankfurt GmbH, an active player in the area of technology events.

“I would like to start by thanking my predecessor, Johann Thoma. Together with Petra Haarburger, he has really made his mark on Mesago in recent years and has helped make the company what it is today. I consciously opted for Mesago for the same reason. I also wanted to contribute to shaping the company and continuing its success, in close collaboration with our customers, partners, and employees,” explains Martin Roschkowski.

Mesago Messe Frankfurt GmbH, founded in 1982 and located in Stuttgart, specializes in exhibitions and conferences on various topics of technology. The company belongs to the Messe Frankfurt Group. Mesago operates internationally and is not tied to a specific venue. With 120 members of staff Mesago organizes events for the benefit of more than 3,300 exhibitors and over 110,000 trade visitors, conference delegates and speakers from all over the world. Numerous trade associations, publishing houses, scientific institutes and universities work with Mesago closely as advisers, co-organizers and partners. (mesago.com)

https://www.mesago.de/en/Mesago/home.htm
Background information on Messe Frankfurt
Messe Frankfurt is one of the world’s leading trade fair organisers, generating around €645* million in sales and employing 2,297* people. The Messe Frankfurt Group has a global network of 29 subsidiaries and 57 international Sales Partners, allowing it to serve its customers on location in more than 160 countries. Messe Frankfurt events take place at more than 40 locations around the globe. In 2015, Messe Frankfurt organised a total of 132* trade fairs, of which more than half took place outside Germany.
Comprising an area of 592,127 square metres, Messe Frankfurt’s exhibition grounds are home to ten exhibition halls. The company also operates two congress centres.The historic Festhalle, one of the most popular venues in Germany, plays host to events of all kinds.Messe Frankfurt is publicly owned, with the City of Frankfurt holding 60 percent and the State of Hesse 40 percent.

For more information, please visit our website at: www.messefrankfurt.com 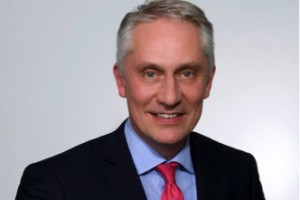 Martin Roschkowski – New President at Mesago as of February 1, 2016.