Allpro Parking is on the Move Again 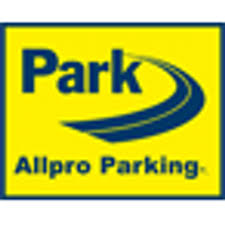 Allpro Parking is on the Move Again

John Tontala, was initially hired as an Accounting Clerk in December 2015.  In April, John was promoted to Staff Accountant at the corporate office as well as assisting with the IT Help Desk. Tontala received his B.S. degree in accounting from the University of North Carolina at Ashville as well as serving in the US Navy from 2005 – 2011.

Megan J. Willer was hired as the Executive Administrative Assistant for Allpro Parking.  With over 10-years of administrative experience, she previously worked with executives in the legal and health care industries as well as two non-profit organizations. Willer studied sports management and psychology at Medaille College.

Jessica M. Latt has been hired for the newly-created position of Human Resource Assistant. She received her bachelor’s degree in psychology with a minor in sociology from the University of New York at Buffalo, she is currently furthering her education and is enrolled in their MBA program.  Latt is responsible for assisting with payroll, recruitment, hiring, interviewing, onboarding and training.

Allpro Parking announces the promotions of the following personnel:

Patrick Phillips has served as the Allpro General Manager and Director of Technology for the last 8 years, with a total of 15 years in the parking industry. He has now been promoted to Regional Manager for Allpro’s Central Region.  Phillips graduated with a Bachelor Degree in Political Science and American History from Buffalo State College.

William Rasi, former Operations Manager was recently promoted to the position of General Manager. Rasi was hired by Allpro in 2013 as a member of Allpro’s Manager in Training (MIT) Program.  He was then promoted to the position of Operations Manager upon completion of the program. His new duties include the oversight of Allpro’s multiple parking operations and services in the Buffalo region. Rasi earned dual Bachelor of Science degrees in childhood education and geography from SUNY Oneonta.  He also earned his Master of Science degree in curriculum and instruction from Buffalo State College.

Jennifer Steckelberg was promoted to the position of Office Coordinator II with the main duties of managing monthly parking accounts. Steckelberg began her parking industry career with Allpro in July 2008 as an Account Manager with the BNMC and later transferred to the Corporate. Steckelberg studied early child education at Erie Community College.