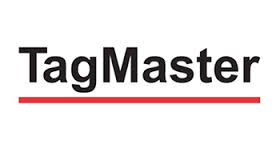 Our sales during the fourth quarter has been good for TagMaster and CitySync as well as Balogh have achieved positive results.

We see that our turnaround work with CitySync, which principally is ready now, has effect and our new products started delivery during the quarter and were well received. Our sales during the quarter ended according to plan and we will now speed it up.

During the quarter, we also started a turnaround work with Balogh with the purpose to lower personnel costs as well as other costs, decrease the number of products and simplify the business processes. The cost savings are estimated at around 6 MSEK on a yearly basis and we expect the work to be done during the first half year 2017.

Our Rail business has been good during the quarter and product deliveries have continued for the big rail project announced at the end of 2015 and for another smaller project. Deliveries will continue, somewhat slower, during 2017. We are approaching the end of a development project for a new Railtag, with a 20-year lifetime, which will be used in these two projects, but also for other future projects. We already see indications that our acquisition of Balogh will increase our total offering to the rail market and that our complementary product assortment is well received by our common customers. Balogh has during the end of the quarter announced new projects for delivery during 2017. We have already started the work to integrate our sales and development resources within rail and we expect our joint offering to contribute positively already during the second half of 2017.

Our Traffic business has had a constant development during the quarter, while the margin continues to develop positively for our important product groups. The US market has been somewhat slower than planned and the Nordics and some European markets have continued to be slow. We will continue to increase our market efforts among others by participating in more fairs during 2017 and by new recruitment in sales. We have during the fourth quarter started launching our UHF products in the French market through the sales channels of Balogh and in the beginning of 2017 we will let our local sales forces sell our complete assortment, which means RFID and ANPR products. We see that we with three home markets (The Nordics, UK, France) are able to integrate and streamline our sales work and we will therefore create an EMEA sales organization during early 2017. We will also continue the work with developing more products in RFID and ANPR and several of these will be launched during 2017.

Our quarterly result of 5 MSEK (1,2) is clearly a good result to be satisfied with even if we still have work to be done.

This information is information that TagMaster AB is obliged to make public pursuant to the EU Market Abuse Regulation and the Securities Markets Act. The information was submitted for publication, through the agency of the contact person set out above, at 8.30 a.m. CET on January 26, 2017.

TagMaster is an application driven technology company that designs and markets advanced identification systems and solutions based on radio & vision technology (RFID & ANPR) for demanding environments. Business areas include Traffic Solutions and Rail Solutions sold under the brands TagMaster, CitySync and Balogh with innovative mobility solutions in order to increase efficiency, security, convenience and to decrease environmental impact within Smart Cities. TagMaster has dedicated agencies in the US and in China and exports mainly to Europe, The Middle East, Asia and North America via a global network of partners, systems integrators and distributors. TagMaster was founded in 1994 and has its headquarters in Stockholm. TagMaster is a public company and its shares are traded on First North stock exchange in Stockholm, Sweden. TagMasters certified advisor is Remium AB.