The Board of European airport parking leader, ParkCloud, has named industry stalwart, Peter Hilton, as its first Chairperson. 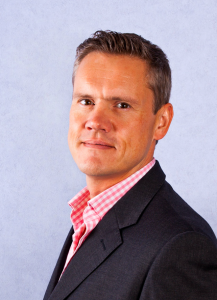 Having spearheaded global growth in his previous role as Chief Executive of worldwide transport company, Holiday Taxis, Peter will now take up the newly created role, acting as an intermediary between shareholders and providing oversight of the actions taken by top-line decision makers.

A significant senior asset with a wealth of industry insight, Peter will fulfil his duties as chair in a predominately advisory role, with founder and Managing Director, Mark Pegler, continuing to head up the day-to-day operations of the business.

“ParkCloud has built up impressive momentum within the rapidly changing online travel market, establishing a strong reputation as one of the leading independent aggregators of its kind.

“I am delighted to be joining the team as chair at such an exciting time in the company’s development and look forward to supporting ParkCloud as it targets further expansion and emerging technologies to enhance the consumer travel experience.”

“Peter has long-standing experience in the wider travel market and his contribution as ParkCloud’s Chair of the Board will no doubt prove invaluable as we build upon our market coverage and diversify our offering for our global network of users.”

In addition to the appointment, ParkCloud recently announced that it has relocated its head office operations to a new UK city centre base, allowing for a more collaborative work space to accommodate the developing needs of the business.

To find out more about ParkCloud, please visit www.parkcloud.com.