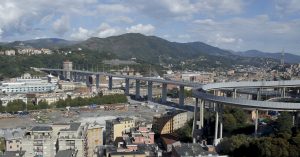 The collapse of the Morandi Bridge in Genova as a major Italian strategic transport line on 14 August 2018 which caused 43 victims will remain in the memory of the Italian people. As such, it can be taken as a symbol for the strength of the Italian nation that in less than two years after the disaster the newly constructed viaduct was inaugurated in Genova on 3 August 2020. Despite the extremely ambitious construction period one lesson learned from the catastrophe was to massively invest in the static surveillance of the new infrastructure. The old viaduct was already equipped with basic motion sensors under the road deck which detected movement of the deck. However, these sensors were not able to trace back the causes of the movements. 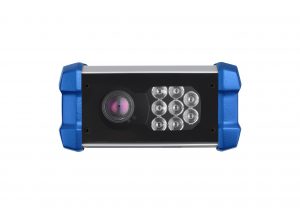 As a consequence, the constructors of the newly erected San Giorgio Bridge in Genova decided to install a much more comprehensive system of structural monitoring which provides a constant and complete picture on what happens on and with the infrastructure. The entire structural monitoring system now includes not only sensors under the platform to detect movements. In addition, four Tattile Vega Basic cameras are mounted above the bridge to monitor the traffic flow and detect license plates. These Tattile cameras are connected to a Weight in Motion System designed by iWIM which detects and records the weight of the axles and the gross weight of the vehicles as they pass over a sensor integrated in durable steel plates installed on the road surface of the viaduct. All the data generated from the sensors and cameras is sent to a central server enabling a clear picture of what happens on the bridge at any time. By integrating Weigh in Motion technology with the combination of Tattile Vega Basic cameras on the new San Giorgio it is now possible to correlate structural deformations to the weight that weighs on the infrastructure; and to trace the weight load caused by individual vehicles crossing it. As such the combination of sensors and smart cameras acts as an early warning system and facilitates management and planning of interventions in the stability of the infrastructure as well as preserving investments such as repaving the asphalt. 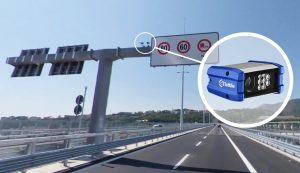