The Police Directorate in the Sarajevo Canton of Bosnia has implemented 18 Tattile Vega Smart 2HD cameras based on Artificial Intelligence (AI) algorithms primarily to detect speed violations and vehicles with documented crime offenses. The cameras are part of the SPARTA system and in addition to their key function of automatic number plate recognition enable embedded brand, class, and color and model recognition of each passing vehicle. The main purpose of the traffic security system is to document speed violations; to detect vehicles whose registration has expired as well as stolen vehicles; and to identify vehicles where a criminal offence of the owner is documented in order to alert law enforcement officers either in back-office (web based app) and on the field (mobile app). 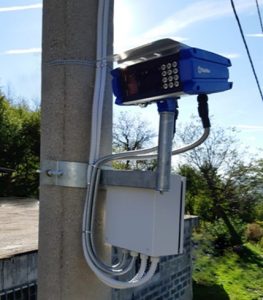 “With the help of these smart cameras for traffic surveillance, the police officers have accurate documentation on the vehicles in violation. Even if police fail to immediately stop the offender, the violation is stored in the device’s memory and transmitted to a central database. As such it is almost impossible to avoid punishment. Once you exceed the speed limit, you will be penalized, and the same goes for the second time”, a representative of Sarajevo police explained and added that the district plans to acquire up to 15 additional traffic monitoring cameras. 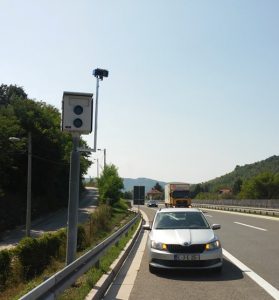 SPARTA as a traffic security solution enhances violation management and is developed according to police requirements to automatize and reduce violation processing. At the core of the system used in Sarajevo district is a Tattile smart camera with best ANPR software in the field for vehicle plate recognition.