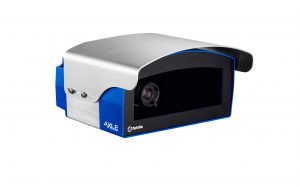 Following an extensive two-year development and testing period Tattile has launched the final version of its Axle Counter System. The layout of the system fills the missing link of providing all relevant vehicle information automatically to e.g. determine the correct toll for a given vehicle. Several key features have been added to the Axle Counter System in this ready-to-market version. Part of this is that the embedded system intelligence now enables to efficiently support critical traffic conditions such as the recognition of stationary vehicles and queued vehicles as well as slow movement-queues in a stop and go traffic. In addition, the automatic vehicle detection now guarantees a detection rate of 99.5 percent of all passing vehicles. Also, the accuracy at high-vehicle throughput such as in busy highways has further improved. The new Axle Counter is now able to count up to 2,400 vehicles per hour and a peak of one vehicle per second for up to 60 seconds in extreme dense traffic periods. Tattile was also able to raise the maximum vehicle speed for correct measurement up to 250km/h.

Part of the correct axle counting is also the identification of a raised axle due to light load of a vehicle. This is now integrated in the updated automatic axle counting system enabling the detection of a raised axle and determination which of the vehicle’s axles is currently raised.  In addition, the new systems estimate the axel distribution, meaning the distances between each axle and though this provides more accurate data on the type of vehicle that is passing.

All other beneficial features from the earlier version remain; including the installation is on a gantry which does not require any road works or in-ground devices. Full onboard processing makes any other external devices unnecessary.  The system can support the usage of two external independent devices to ensure left sight and right sight. An IR illuminator allows operating both day and night. Data output is provided as reconstructed image of the vehicle and configurable metadata; they can be sent to a server or stored locally. Web access to the system is possible with credentials. As such, the innovation added to the new Tattile Axle Counter version drives vehicle axle counting to perfection.