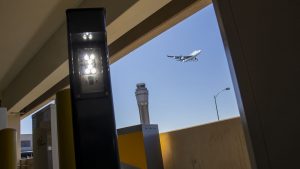 What happens in Vegas doesn’t always stay in Vegas! 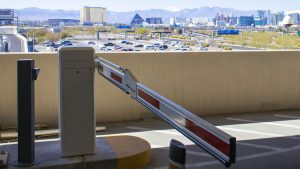 Along with other major upgrades, this iconic airport has empowered its parking lots with 50 Survision Nanopak Totem cameras acquiring the ability to offer a frictionless exit to their customers, exponentially reducing waiting times, pollution levels, and radically eliminating lost ticket inconveniences/frauds. 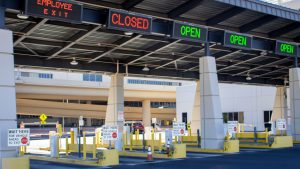 When it comes to high volume traffic, as in the case of Las Vegas Airport, this represents a huge leap in service quality and operational efficiency; the challenge was tough: they needed to install 50 short-range LPR cameras without major infrastructure changes and without loop triggers.  Survision’s Ready-to-use Nanopak Totem was the perfect solution. 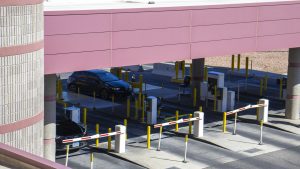 “We are very excited of witnessing this LPR well justified “revolution”;  think about it, the benefits are undeniable for both customers and companies:

On one hand, you have all the “magic” LPR can bring to the people(no wait in line, no lost ticket, less pollution, no badges) and on the other,  you have our special all-included Survision LPR cameras handling  all the processing by themselves!, All of this makes it easier and cheaper to do the LPR upgrade sparing you from spending thousands on heavy/expensive additional hardware”

Survision LPR cameras already operate in many city airports such as London, and Paris.