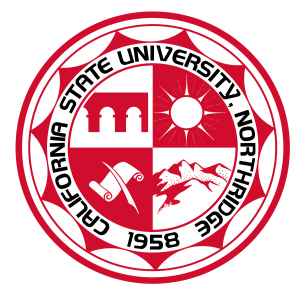 Sept. 7, 2018––Moving closer to its goals to have more students finding parking spots faster as they arrive on campus and to adequately provide for future enrollment growth, California State University, Northridge, has awarded a contract to design and build a five-level parking structure on the 353-acre campus. There are a total of four garages on campus.

“Our campus held a traditional blind design-build competition and Bomel won with the highest overall points between cost and design,” said Ken Rosenthal, CSUN’s associate vice president, facilities development and operations. Rosenthal added that an “early finish” was a major factor leading to the selection of the Bomel team. International Parking Design is the architect for the 1,608-stall parking structure.

Design documents have been submitted to the Division of the State Architect and the State Fire Marshall. While a review of the documents is in progress, Bomel Project Manager Alex Matranga said the process isn’t far enough along yet to know when permits will be issued for the parking structure. Matranga is also managing another project at a Southern California academic institution: the 1,556-stall parking structure under construction for College of the Canyons in Valencia.

The new 511,000-square-foot garage at Cal State Northridge––called G6––will be near the soccer field and the intersection of Zelzah Avenue and Plummer Street. The construction cost is$25,690,476.

Bomel Construction’s scope of responsibility will include establishing an entrance and exit that is aligned with the Zelzah/Plummer intersection and extending entry/exit queue lanes to mitigate traffic congestion. The garage will have spaces for EV charging stations; bicycle and scooter storage; dual-level, energy-efficient LED lighting and an enhanced storm water treatment system. Bomel will also provide the infrastructure for a photovoltaic system.

The parking structure is part of the university’s 30-year master plan developed in 2005. The facilities targeted in the plan comprise about 1.5 million square feet of new enrollment-driven academic, administrative and student-support facilities, along with about 364,600 square feet of new, non-state-funded facilities and 46 acres of playfields for instructional, athletic and recreational use. The plan includes a total of 17,528 existing and new parking spaces by its final phase, accommodated in four new commuter parking structures, two new student residential parking structures and a small series of surface parking lots. Additionally, the plan allocates for up to 2,688 new student residential bed-spaces and up to 600 units of faculty and staff housing.

First in a decade

G6 will be the first parking structure built on campus since 2009. Rosenthal said the new garage will be on the east side of campus to provide a better balance of parking. He said the new garage should be full “most days, most of the time.” CSUN has 11,957 open-air parking spaces and 6,332 stalls in parking garages.

Like most California State University campuses, the overwhelming majority of Northridge’s 38,000 students commute to school; about 3,200 students live on campus. The new garage will help more students find parking spots faster as they arrive on campus, especially during the first few weeks of every semester when the student population on campus is the highest. The parking structure will accommodate future enrollment growth, especially in the event an entire surface parking lot or part of it needs to be replaced by a new building on campus.

The new parking structure should be under construction on January 17, 2019––the 25thanniversary of the Northridge Earthquake, a temblor that registered 6.7 on the Richter scale and caused 57 deaths and $20 billion in property damage in the region, at the time the most expensive natural disaster in the United States. The Cal State Northridge campus suffered $400 million in damages, but there were no fatalities or serious injuries on campus.

“Because Northridge is considered a high-seismic area, the structural design is altered slightly to accommodate earthquakes more so than in areas that are not as seismically sensitive,” Matranga said. “Specifically, the rebar ties in the columns and beams are increased significantly to handle the additional vertical loads.

“The interesting thing is that after the Northridge earthquake, building codes changed so much that every parking structure we do today is being designed to standards that were changed directly because of what happened in Northridge.”

Working in a very crowded area and coordinating deliveries are two ongoing challenges that Bomel’s crews will face throughout the construction phase, Matranga said.

Before construction begins, Bomel will need to relocate a main fiber line. “The line services many campus and residential buildings and relocation will need to take place during the school’s off-season to minimize the impact,” Matranga said.


SP+ University Services, an operating group of SP Plus Corporation (NASDAQ: SP), a leader in parking management, ground transportation and other ancillary services, announced that it has been awarded a multi-year contract to provide campus shuttle bus service at California State University, Fresno, branded as “Bulldog Express.”

“With over ten percent of our student population living within one mile of campus, Bulldog Express provides a free and easy solution for students to get to campus without having to pay to park.” said Tom Gaffery, the University’s Parking & Transportation Manager. “This is one of Fresno State’s many initiatives to reduce vehicle miles traveled, reduce parking demand, and improve Central Valley air quality.”

The new shuttle service commenced January 25, 2016 and operates ADA accessible passenger buses to be equipped with state-of-the-art student and employee ID card scanning capabilities and real-time location tracking via the campus’ mobile app.  Convenient and easy to use, the service affords students and employees a simple and reliable way to traverse the Fresno State campus.

More information on the service can be found at www.fresnostate.edu/bulldogexpress.

California State University, Fresno recently introduced a new service that makes parking on campus easier for students and visitors alike.  Together with mobile payments industry leader PayByPhone, the University is providing people on campus with an easy way to pay for parking using the PayByPhone app on their phone.  The service provides those parking on campus with the added benefit of getting text message reminders before their parking session expires.

“With the help of PayByPhone, we’re transforming the experience of coming to campus and having to wait in line at a pay and display machine,” said California State University Fresno Parking and Transportation Manager Thomas Gaffery.  “Fresno State staff are taught to “be bold” and deliver new approaches to solving problems; so we’re excited to provide a service that uses the latest technologies to provide students and visitors with a service that seamlessly integrates with their always on the go digital lifestyle.”

Available to drivers as an alternative way to pay for parking across 8,500 off-street parking spaces on campus, drivers can download the free app and register for the service for by visiting paybyphone.com.  Consumers also can download the app from the Apple App Store and Google Play stores.