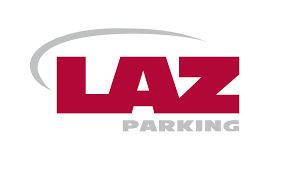 Hartford, CT,  August 5, 2021 – LAZ Parking announced today that it has been selected to operate the municipal trolley service of the City of Laguna Beach, CA. Under the agreement unanimously approved by the Laguna Beach City Council earlier this year, LAZ will operate 25 City-owned trolleys on a year-round basis, work that will require up to 100 drivers during the peak summer season. The contract runs for five years and comes with two three-year renewal options.

“LAZ’s reputation and impact in the California market were key factors in the decision by the City to award us the contract,” said Alan Lazowski, founder and CEO of LAZ Parking. “This contract is an acknowledgment of our operations and management excellence in transportation services.  We are humbled by the trust the City has placed in us.”

The initial five-year contract calls for LAZ to provide drivers and dispatchers to staff the city trolley service. In partnership with the City, LAZ agreed to retain staff used by the City for trolley services and pay wages comparable to what City employees are currently earning. The City suspended trolley service at the outset of the pandemic but resumed service on June 25.

“The Transportation Division at LAZ has grown at a rapid pace in 2021, adding over 100 new shuttles and busses to its fleet of 540 vehicles since the beginning of the year, including the 25 trolleys we are operating for the City of Laguna Beach,” said Ralph Caldin, Vice President for Transportation Services at LAZ. “The Laguna Beach operation will also include a Micro Transit Program where residents will be able to request On Demand service for certain neighborhoods within the City.”