Salzburg / Florida, June 1, 2018. IPI, the world’s largest educational and networking event for parking professionals, is all about the latest trends and topics in the industry. From June 3 to 6, 2018, SKIDATA presents its brand new sweb Platform. The fully cloud based concept enables parking operators to increase revenues with complementary business ideas like online bookings and validations. Through full centralization of operations via the sweb Platform operation costs are reduced significantly. And thanks to its modular and unmatched interface concept, the sweb Platform allows perfect individualization.

A one stop solution that still manages to be flexible – that’s what makes sweb Platform unique. Like a digital set of building blocks, a variety of multi-functional web-based services and interfaces are available to choose from – from reporting across car-parks, online reservations and ticket validation solutions, to customer loyalty programs and much more. Be it for a single car park or a group of parking facilities, operators have the tools they need to create a customized solution that meets their specific requirements. On top of that, open interfaces enable rapid integration of third-party systems providing the maximum degree of flexibility. Additional solutions can be integrated at a later date allowing the SKIDATA Parking Facility Management System evolve to meet future demands.

Stay in the driver’s seat

“Operators profit from the sweb Platform and the multitude of advantages the SKIDATA solutions provide, without having to give up their independence and products from other companies,” explains Florian Schneeberger, SKIDATA Vice President Business Line Management & Innovation.

Despite having different business partners, operators maintain central control over all their business processes since everything runs on the cloud-based SKIDATA platform. Car park operators gain the ability to consolidate data from not only all SKIDATA sales channels, but also external sales channels, allowing optimize the use of their facility thereby increasing occupancy rates and ultimately revenue. “With central monitoring, parking facilities can keep a constant eye on operations from anywhere they choose, making efficient control, analysis and optimization possible. The customer data which is generated supplies valuable information for targeted marketing activities. On top of that, reliable data management and data visualization lead to even more efficiency.

All services can be accessed anytime and from anywhere – on a local PC or remotely from a smart phone or tablet.” That’s not only practical, but also reduces operating expenditures.

SKIDATA is celebrating the premiere of the sweb Platform on the American market at the IPI in Florida at The Gaylord Palms Convention Center from June 3rd to 6th.

SKIDATA is an international leader in the field of access solutions and their management. In 2017 the Salzburg company generated a record turnover of €320 million. More than 10,000 SKIDATA installations worldwide in ski areas, stadiums, airports, shopping centers, cities, spa and wellness facilities, trade shows, and amusement parks provide secure and reliable access and entry control for people and vehicles. SKIDATA places great value in providing solutions that are intuitive, easy to use, and secure. The integrated concepts of SKIDATA solutions help clients optimize performance and maximize profits. SKIDATA Group (www.skidata.com) belongs to the publicly traded Swiss Kudelski Group (www.nagra.com), a leading provider of digital security solutions. 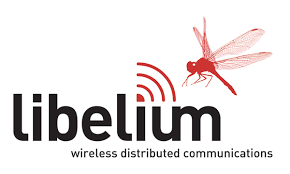 BALTIMORE – Amano McGann Inc., the world leader in parking automation, has partnered with Parking Panda , the nation’s leading app for ondemand parking, to announce the integration of Parking Panda’s PandaScan technology with Amano’s OPUSuite ® Cloud application and FlexScan ® onpremise technology. This integration will provide drivers and parking operators with the most streamlined parking solution available today. Users will have the ability to find and book prepaid parking through Parking Panda’s mobile app or website and seamlessly scan into any Amano parking facility with the FlexScan and OPUSuite capability. Reservations will be consolidated and available for both count and revenue reconciliation with OPUSuite.

Amano’s OPUSuite Cloud ® application consolidates operational and financial data allowing for the remote management of any number of facilities for consolidated management, reporting analytics and PandaScan. Seamless integration of the FlexScan reads both 2D and linear barcodes from a variety of media, ranging from paper to I.D. badges and smartphones.

“We are very excited to partner with Parking Panda, a company that shares our passion for innovation in parking technology,” commented Joe Survance, Senior Vice President – Marketing and Business Development for Amano McGann. “Our collaboration provides parking patrons with easeofuse at facilities with Amano’s OPUSuite and FlexScan technologies. This forwardthinking approach will enhance the experience for both operator and the customer.”

“Our partnership with Amano McGann is proof of our unwavering dedication to improve the parking experience for our users and operators,” said Parking Panda CEO, Nick Miller. “This integration will provide our users with an increased level of convenience and mobile access, while our partner operators enjoy more control and easier management through this automated technology. We’re proud to be working with Amano McGann to make parking a lot easier and more efficient for drivers and operators alike.”

Amano McGann, Inc., with more than 300 USbased employees, is part of Amano Corporation a worldwide organization with annual revenues in excess of $900 million. As world leaders in the manufacturing and distribution of hardware and software solutions for the parking industry, Amano McGann distributes nationally through branch offices and an authorized dealer network of more than 40 offices providing a level of service and experience unmatched in the industry. For more information, visit AmanoMcgann.com.

Parking Panda is the leading provider of ondemand parking. Through Parking Panda, drivers plan and commute smarter by booking guaranteed parking in advance. Parking Panda customers are empowered with the ability to search and compare thousands of parking options and prices in more than 40 cities throughout North America. Drivers can easily book a spot ahead of time at parking lots, garages, and valets in their city, or they can reserve onthego with the company’s awardwinning mobile app for iOS and Android. For more information, visit ParkingPanda.com