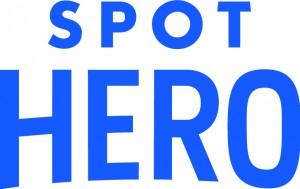 CHICAGO (October 24, 2016) SpotHero announced today that Trish Lukasik has joined the company as Chief Operating Officer. As COO, Lukasik will focus on accelerating the growth of SpotHero’s parking marketplace. Over the past two decades, Lukasik built a distinguished career within the consumer packaged goods industry, most recently serving at the Chief Customer Officer for a $10 billion division of PepsiCo with a brand portfolio including Gatorade, Tropicana, Naked Juice, IZZE sparkling beverages and Quaker Foods and Snacks. Well versed in solving for consumer needs at scale, the CPG industry veteran will apply her consumer expertise to the increasingly diverse transportation space and SpotHero’s drivers and partners as they evolve.

“SpotHero is experiencing a period of dramatic growth, and we are thrilled to have Trish join us as we scale,” said Mark Lawrence, co-founder and CEO of SpotHero. “Trish will use her 20+ years of experience solving for real-world, consumer problems to elevate the online parking marketplace.”

Lukasik, who has worked at industry giants including PepsiCo, Procter & Gamble and The Coca-Cola Company, leads with a laser focus on delivering results by leveraging talent. She has a track record of developing teams ranging from 10 to 2,000 people in fiercely competitive markets.

Lukasik serves on the board of Sargento Foods and is active in The Chicago Network, The Executives’ Club of Chicago, The Committee of 200, The Economic Club of Chicago and is a Henry Crown Fellow of the Aspen Institute. She completed her undergraduate studies at Miami University, where she was a Presidential Scholar, and holds a MBA from the Goizueta Business School of Emory University.

About SpotHero
SpotHero is the nation’s leading parking reservation service, as measured by cars parked, parking facilities, and app downloads. Launched in 2011, SpotHero empowers drivers with easy, affordable parking at 2,900 garages, lots, and valets across the U.S.

Based in Chicago, SpotHero is led by founders Mark Lawrence and Larry Kiss. The company has parked over 3 million cars and has raised $27 million in VC funding. Learn more at SpotHero.com and or download the app in the Apple iTunes Store or Google Play.