PIE 2020 is proud to welcome David Zipper as its Keynote. David is Visiting Fellow at the Harvard Kennedy School’s Taubman Center for State and Local Government.  His background in transportation, parking, and urban innovation brings an insight in how we can, as an industry, meet the challenges of today and tomorrow. His writings on ‘fear of missing out’ are featured online in the Atlantic’s CityLab, plus numerous pieces on TNCs, micro mobility, apps, and presentations. 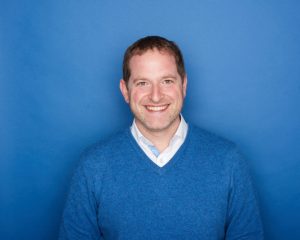 His contrarian approach will inform and perhaps even disrupt your conventional thinking.

He has been a Resident Fellow at the German Marshall Fund, where he led a new initiative on Trans-Atlantic urban mobility. He is also an innovation advisor to the Mayor of Akron, OH and the Greater Washington Partnership. David works with numerous smart cities startups and writes frequently for The Atlantic’s CityLab. He has spoken about urban innovation and mobility at events such as the Consumer Electronics Show, Autonomy, and the Chicago Ideas Festival.

In college David cofounded Empowered Painters, a business training unemployed residents of North Philadelphia to paint homes in affluent suburbs. Ever since, David has shaped strategies for cities to catalyze growth through innovation and new technologies. His perspective on urban development is rooted in his experience working within city hall as well as being a venture capitalist, policy researcher, and startup advocate.

From 2013 to 2017 David was the Managing Director for Smart Cities and Mobility at 1776, a global entrepreneurial hub with over 1,300 member startups. At 1776 David connected hundreds of entrepreneurs to urban leaders eager to deploy their solutions, and he closed millions of dollars in partnerships with cities and corporations worldwide. He continues to be a Partner in the 1776 Seed Fund.

David previously served as the Director of Business Development and Strategy under two mayors in Washington DC, where his responsibilities included attracting businesses to the city, promoting entrepreneurship, and overseeing economic development strategy. Under his leadership the District created the DC Tech Incentives program to help local startups scale. David also oversaw the creation of the city’s 5-Year Economic Development Strategy, and he managed support to Washington’s first startup incubators.

Before moving to Washington David served as Executive Director of NYC Business Solutions in New York City under Mayor Bloomberg. In this role he designed, implemented, and managed a $6 million initiative called Training Funds that helped 75 businesses improve profitability while providing 3,000+ employees with average wage gains of 11%.

The Parking Industry Expo, sponsored by Parking Today Magazine, will be held March 22-25, 2020 at the San Diego Convention Center. The event will host more than 1500 parking professionals from all aspects of the industry, public and private, on and off street. More than 150 companies will be exhibiting their wares. Seminars, presentations, and networking will round out the event. For full information log on to pieshow.parkingtoday.com.