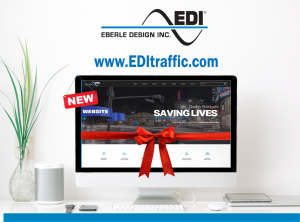 As a part of EDI’s ongoing efforts to enhance resource accessibility, the new website allows for visitors, of all experience

levels, to navigate with ease while they expand their product knowledge of EDI/RAE brands.

2019 at his home in Casa Grande. Mr. Eberle, was born on September 16, 1950, in Casa Grande to Anton (Tony) and Virginia Eberle. He attended St. Anthony of Padua Catholic School, graduated from Casa Grande Union High School and earned a Bachelor’s Degree

in Electronics from Arizona State University. Tony had a natural aptitude for electronics,

which was fostered by his High School teacher, Charlie Staats. Tony began his working

career while in high school at Deno’s Music Center. His engineering skills and keen business sense afforded Tony a varied career that encompassed music, mining, aerospace and the traffic control electronics industries.
For thirty years, he ran the manufacturing side of Eberle Design, Inc., (EDI), guiding the company from a two-man operation, (along with his brother Terry), with electronics assembly beginning on the living room coffee table, to a global market-leading manufacturing firm, that provides mission-critical motorist and pedestrian safety monitoring devices at more than 95 percent of all signalized intersections in the United States and Canada. Mr. Eberle served as the company’s Vice President-Manufacturing, from the time of the company’s founding in January 1980, until it was purchased by a private equity firm in 2010, at which time he retired. Tony’s efforts while at EDI, no doubt saved the lives of many motorists.
Tony loved to fly and earned his private pilot’s license while attending ASU, as an incentive

for completing his degree. Later on, he discovered the thrill of helicopter flight and thoroughly enjoyed flying his “aerial jeep.” He had a passion for collections; cars, of which there were many, radios, watches, art glass and life-long friendships. He loved to explore the back roads of Arizona and traveling across country by train and automobile. Tony especially loved sharing these adventures with his family.
He is survived by his wife, Sue Eberle of Casa Grande, his children Crel Vogel, Nathan Vogel, Eric Eberle and Kathryn Eberle-Sero, and five grandchildren. 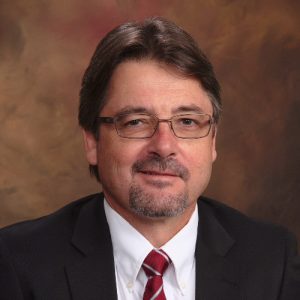 “We are excited to have Mr. Dye join Eberle Design, Inc. and lead the Finance team,” said Dr. Bill Sowell, EDI President. “In his role of Vice President of Finance, Mr. Dye will be responsible for financial reporting and compliance, financial planning and analysis and driving cost improvements to support the company’s success.  With the pace of change in the industry and recent expansion at EDI, I am confident that Mr. Dye’s experience along with the rest of the EDI leadership team will position the company for future significant growth.

Based in Phoenix, Arizona, Eberle Design, Inc. is a worldwide market-leading developer and manufacturer of electronic safety monitoring and detection solutions for the Traffic, Rail, Parking/Access and Emergency Response markets. These products enable transportation, access control and emergency services professionals to easily integrate, automate, and manage traffic, highways and intersections efficiently and safely. 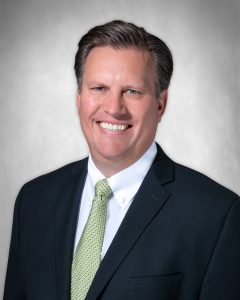 “Dr. John Shearer began with EDI in September 2016 and we are very fortunate to have him on our team”, said Dr. Bill Sowell. “Dr. Shearer has driven the Business Development Team as Sales Director to achieve record sales in the 39-year history of EDI. In addition to other duties, Dr. Shearer is responsible for developing communication strategies for existing and new products and leading in the strategic product planning of the company.”

Dr. John Shearer has 20 years of industry experience and holds a bachelor degree in Aerospace Studies from Oregon State University, an MBA in Marketing and Sales Management from Portland State University and a DBA in Entrepreneurship and Business Administration from Cal University.

Dr. Shearer is a frequent speaker at industry tradeshows on innovation in transportation and the merging of traffic and technology. Additionally, he conducts training courses in traffic signal systems, traffic cabinet monitoring, and traffic data collection solutions.

Based in Phoenix, Arizona, Eberle Design, Inc. is a worldwide market-leading developer and manufacturer of electronic safety monitoring and detection products for the Traffic, Rail, Parking/Access and Emergency Response industries. These products enable transportation and access control professionals to easily integrate, automate, and manage traffic, highways and intersections efficiently and safely. 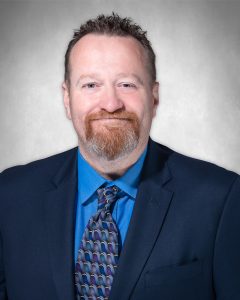 “We are very fortunate to have Mr. Dowie on our team,” said Dr. Bill Sowell. “Mr. Dowie will take on responsibility to deliver engineering programs on time and within budget at Eberle Design, Phoenix utilizing the well-established EDI engineering team. In addition to other duties, such as developing communication strategies for existing and new products and participating in the strategic planning process for the company, Mr. Dowie will reinforce our renewed commitment to innovation.  Mr. Dowie brings a wealth of leadership skills to the table.”

Based in Phoenix, Arizona, Eberle Design, Inc. is a worldwide market-leading developer and manufacturer of electronic safety monitoring and detection products for the Traffic, Rail, and Parking/Access industries. These products enable transportation and access control professionals to easily integrate, automate, and manage traffic, highways and intersections efficiently and safely.

“EDI has a long-established commitment to building quality products and achieved its first ISO 9001 certification in 2005,” said Dr. Bill Sowell, EDI Vice President. “Our quality management system is ingrained in our culture and operations and provides continuity between policy, performance, objectives and targets.”

EDI uses standard operating procedures to define and control each step of the design, build and testing process. These procedures coupled with production metrics, provide early identification of trends and challenges, allowing EDI to contain issues and minimize impacts to production and customers. Improvements to components, hardware design and equipment have been implemented as a result of production metrics. These efforts have resulted in a customer return rate of less than 0.09%.

About Eberle Design Inc. – An ISO 9001:2015 Registered Company – Celebrating Over 38 Years of Excellence