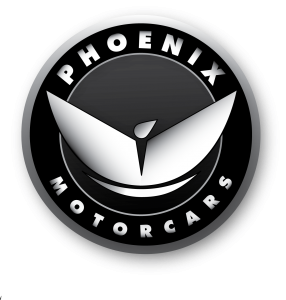 OF 2 MILLION ELECTRIC MILES ON THE ROAD

This milestone comes at the heels of a very successful year with a closing of over 80 orders. Phoenix Motorcars electric vehicles not only emit ZERO emissions but also reduce maintenance and operating costs. A single Phoenix Motorcars vehicle reduces atmospheric emissions by 61 tons annually, has 5 times the efficiency of an equivalent gas engine and fuel savings of 82% over gas and 76% over clean natural gas vehicles.

Customers range from airports, campuses, utility companies and municipalities to name a few and all have been nothing short of content with Phoenix Motorcars’ electric vehicles. Wally Park, an airport parking service company that currently operates in 14 major U.S. airports has been a customer of Phoenix Motorcars for over 3 years. “Working with Phoenix Motorcars has been a pleasure these past several years. Wally Park is proud to be early adopters of electric airport shuttles.”, said Ed Pomponio, Vice President of Transportation, L & R Group of Companies.“Phoenix’s support in deploying and servicing the largest zero emission airport shuttle fleet has been outstanding. We are proud to have contributed to this exciting milestone, so here’s to 2 million more!”, he continued.

With a growing backlog of orders, Phoenix is poised to grow significantly in 2020. “2019 was a successful – record breaking year for us. We are ramping up production, scheduled to grow revenue by over three times and plan to achieve new heights the Phoenix Motorcars way. Exciting things are yet to come!”, said Gillray Cadet, CFO of Phoenix Motorcars.

Phoenix Motorcars, founded in 2003, is a leader in developing medium and heavy duty electric vehicles for the commercial markets with a primary focus on class 4 vehicles. Phoenix Motorcars strives to provide fleets with clean transportation and renewable energy through advanced technology solutions and remains committed to excellence in electric vehicle innovation. For more information, please visit www.phoenixmotorcars.com