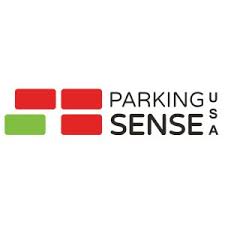 Following a formal RFP process that included a substantial amount of due diligence, Parking Sense USA was selected from the final three contenders and beat out strong competition from major rivals to secure one of the largest parking guidance contracts ever awarded in California. It is also one of the largest contracts of its kind to be awarded in the US.

Los Angeles is one of the most densely populated metropolitan areas in the world and the second largest in the United States. Since opening its first parking lot in 1917, Los Angeles County now dedicates roughly 14 percent of its land area exclusively to parking. Todd Wilson, President, Corporate Sales for Parking Sense USA said, “We provided a winning combination of leading edge technology, competitive pricing, and exciting innovations that LA Metro recognized as the most effective solution available”.

Securing the LA Metro contract is an exciting victory for Parking Sense USA and follows a number of other wins including CBRE Galleria in Dallas, Texas, University of Washington and the Walter Reed National Military Medical Center. The parent company, Parking Sense Global, continues to grow throughout Europe, Asia, Africa and the South Pacific.

Parking Sense has also completed successful trade shows in Amsterdam in April and Nashville in May. “It’s fair to say we’ve attracted significant interest from around the world,” says Bezzant. “We were very encouraged by the number of visitors who stopped by our booths in both Amsterdam and Nashville. Based on the recent successes we have enjoyed and the keen interest we are receiving from so many groups near and far indicates we have the correct formula.”

Parking Sense USA is the US subsidiary of Parking Sense Limited (Parking Sense), the global leader in Parking Guidance System (PGS) Technology. Our functionally-advanced, reliable, and cost-effective technology is leading parking into the 21st Century.

Cambridge man Jake Bezzant has been appointed to head Parking Sense USA, the fastest–growing parking guidance company in the world.

The move comes after a rapid growth trajectory for the company since launching in the United States early in 2015.

This culminated in winning a major deal with LA Metro, a contract that includes the installation of 21,000 parking spaces in Los Angeles.

Bezzant spearheaded the bid to win the contract, along with the growth strategy in the United State since the launch and will now be charged with continuing the momentum.

“Jake has an enormous amount of talent and energy. This appointment is fully deserved and has been planned for some time now,” says Parking Sense Chairman Paul Collins.

“The parking industry is fast-moving, competitive and ever changing so it’s now time to hand the reins to one of our young stars to ensure we keep ahead of the curve and maximise all the opportunities that are coming our way.”

“I love the technology business and I’m really enjoying working in the United States. It’s a massive market, full of challenges but if you combine a great product with talented people and excellent operations, you can dominate the world market. I’m really looking forward to helping take the company to the next level and continuing to learn from some of the best brains in the parking business.”

At a relatively young age, Bezzant has a great deal of experience in the parking industry.

Bezzant was initially identified by then CEO Paul Collins to work for ASX listed Smart Parking whilst still at University.

He was eventually responsible for the public company’s legal, managerial and commercial and sales departments before  following his mentor Collins to Parking Sense Global as Chief Operating Officer in 2014.

Since joining the company he has had involvement in every facet of the business including spearheading the United States operation from the ground up,

Bezzant has a law degree from the Waikato University and has played cricket professionally and competed nationally in trail bike riding.

“I’m proud to be a Kiwi making a mark in the States,” says Bezzant. “And the exciting thing is that we are only just getting started.”