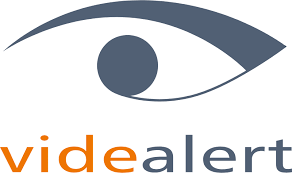 LONDON, 12 OCTOBER 2021 – Videalert, part of Marston Holdings and one of the UK’s leading suppliers of intelligent traffic management and enforcement solutions, has launched a new electric mobile enforcement bike (MEV-B).  This is the only bikecurrently available with Manufacturer Certification and will enable councils to efficiently enforce a wide range of moving traffic, parking and clean air zone contraventions whilst demonstrating their commitment to reducing emissions.

Videalert’s new MEV-B is based on the Niu Cargo bike, from Niu Technologies, which designs, manufactures and sells high-performance smart e-scooters.  It uses two 29Ah Lithium batteries to give a range of up to 70 miles in urban applications. The batteries are removable allowing fully charged replacements to be quickly fitted to extend the number of shifts it can cover on a daily basis.  Fitted with front and rear disc brakes, the MEV-B also has a regenerative braking system which returns energy from braking to the battery.

The on-board systems are totally automatic requiring no manual operation and are powered by a separate battery with sufficient capacity to handle two shifts per day.  The MEB-V is equipped with two dual camera units, one forward and one rear facing, each comprising both an ANPR and a colour camera which captures contextual video evidence.  These ONVIF-compliant HD cameras deliver superior capture rates of up to 98% with just a single pass at normal road speeds.

According to Rubena Hafizi, Client Account Manager at Videalert: “As a former manager of parking and transport services I can really see how this new MEV-B will enable councils to demonstrate their commitment to improving air quality by reducing vehicle emissions whilst undertaking essential compliance monitoring. It also further extends our market-leading portfolio of traffic enforcement and management solutions.”

Videalert is part of Marston Holdings, the UK’s largest transportation and enforcement services group.  It is also one of the UK’s leading suppliers of intelligent traffic management and enforcement solutions.  Videalert is the only company able to provide its own suite of attended, unattended, and mobile CCTV enforcement solutions using the same intelligent digital video software platform. This supports the widest range of traffic management and enforcement applications as well as clean air and low emission zones using the same infrastructure.  For further information, please visit www.marstonholdings.co.uk/videalert or contact: 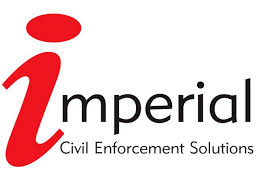 Independent endorsement, new contract gains and new service developments have seen Imperial continue to consolidate its position as one of the most progressive service providers in the UK GovTech market. With the UK leading the way in government digitisation, an influential report published by Public has listed the Bristol-based company as one of the Top 100 most influential specialist companies in a market that is estimated will be worth in excess of £20billion by 2025.

Newcastle City Council is the latest authority to confirm a new contract with Imperial, and the Council’s Service Manager Parking Services, Craig Mordue says the Council is delighted to be working with one of the country’s most respected GovTech companies.

“We’ve worked with Imperial for more than ten years and are not surprised the company has received independent confirmation of the influential role it continues to play in service transformation within local authorities. The company’s expertise, products and services have certainly helped us to harness new technologies for maximising our operational efficiencies in the processing of more than 70,000 Penalty Charge Notices a year.

“The new contract we have now signed with the company will see the introduction of new smartphone technologies fitted with Rialto software for our team of 80 Civil Enforcement Officers. But, we’re also looking forward to working with the company to introduce other technology-led improvements and self-serve functionality in the areas of notice processing, bus lane enforcement and the introduction of virtual permits. Naturally, we’re pleased to be continuing our very effective partnership with Imperial. The company has not only shown value for money in the recent tendering process, but has also demonstrated an ongoing commitment to service innovation and proven product reliability over many years.”

Newcastle City Council’s new contract with Imperial is for an initial period of five years, with the option for two further extensions.

Imperial is continuing to develop its comprehensive suite of software systems, consultancy and back office processing services to maximise the efficiencies of local authority civil enforcement operations and to support broader smart city objectives. And, in partnership with Videalert, it is now also playing a pioneering role in delivering practical and effective permit solutions and incentives to support the successful implementation of Clean Air Zones.

Imperial’s inclusion in ‘The State of the UK GovTech Market’ report from Public, the specialist GovTech venture capital and research group, is consistent with the company’s growing stature as a service transformation partner in civil enforcement and traffic management as well as outsourced back office services. The report provides “the most comprehensive review of the country’s GovTech service providers published to date”.

Highlighting the sector’s dramatic growth and new opportunities for digital service transformation, the report’s Top 100 list was compiled to highlight the positive impact a company has had on public services, as well as its leadership, structure, size and track record for innovation.

Led by ex-deputy head of the No.10 policy unit, Daniel Korski, and venture investor, Alexander de Carvalho, Public’s team focuses on technology-led service transformation in the public sector and has operational experience across government, start-ups, technology and finance. 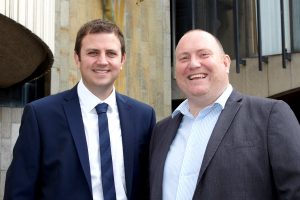