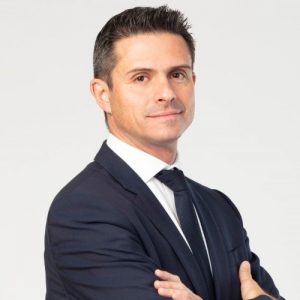 “I am delighted that Arnaud Legrand has joined RATP Dev USA’s team,” said Mehdi Sinaceur, RATP Dev’s Senior Vice President – Americas, South Africa, United Kingdom Business Unit. “With over 20 years of international experience in the transport sector and more than 10 years at RATP Group, Arnaud brings RATP Dev USA his proven leadership and the highest standards of performance to take our teams and operations to an even higher level.”

Mr. Legrand brings with him an impressive scope of operational and managerial expertise. He directed technical teams and projects for 21 years in complex transit operations, such as railway tests and aeronautical maintenance. During his time in the aeronautical and railway industries, his career was bolstered by international influences; he commissioned and developed international industrial partnerships. Arnaud Legrand joined RATP Group in 2008 as the Deputy General Manager of RER B, one of Paris’ regional trains, completing over 165 million journeys per year. In 2010, he was named RATP Dev’s Executive Vice President for Africa and America, Deputy to the Executive Vice President for Africa and America within RATP Dev, which at the time, managed over 80 transport operating companies. In 2013, he was appointed Chief Executive Officer of RATP Dev’s subsidiary (BOC) in Johannesburg, South Africa, leading the Operations and Maintenance of the Gautrain Transport System.

“I am very excited to continue to contribute to RATP Dev worldwide efforts in serving our clients and passengers. The present time reminds us, if needed, how essential and challenging our job is to ensure safe and performant transit operations. I am proud to join and lead the US team, of which professionalism, engagement and dedication are values I particularly share,” said Arnaud Legrand.

Arnaud will operate from RATP Dev USA’s corporate headquarters in Fort Worth, Texas.

Founded in 2002, RATP Dev operates and maintains urban transportation systems in 12 countries on four continents (United Kingdom, France, Italy, Switzerland, Algeria, Morocco, South Africa, Saudi Arabia, Qatar, China, the Philippines, and the United States of America). With more than 1.5 billion passengers travelling on its networks every year, RATP Dev demonstrates every day its extensive and renowned expertise in a wide range of mobility services, ranging from rail, regional express rail, tramway, to bus, cable car and sightseeing activities. RATP Dev leverages in France, outside of Paris, and across international markets the technical expertise and experience of RATP Group, the leader in driverless and tramway operations and operator of the Paris network, one of the largest public transportation networks in the world. In North America RATP Dev employs over 6,000 team members transporting more than 78 million passengers in over 25 locations across the US, operating a wide range of services.

For over 21 years, Arnaud Legrand has directed technical teams and projects in complex transit operations, such as railway tests and aeronautical maintenance. Mr. Legrand is leader with an impressive scope of operational and managerial expertise. During his time in the aeronautical and railway industries, his career was bolstered by international influences as he commissioned and further developed international industrial partnerships. Throughout his extensive career, he has been a strong link and facilitator between the technical teams manufacturing and/or producing transit services and their passengers and clients.

Mr. Legrand was most recently positioned with RATP Dev in South Africa, where he led the Bombela Operating Company (BOC) as Chief Executive Officer since 2013. Prior to this role, in 2010, he was named Deputy to the Executive Vice President for Africa and America within RATP Dev. Mr. Legrand originally joined our parent company, RATP Group in 2008, as the Deputy General Manager of RER B, one of Paris’ regional trains, completing over 165 million journeys per year.

Mr. Legrand will operate from RATP Dev USA’s corporate headquarters in Fort Worth, Texas, where he and his family reside.