Cohort company SEA’s ROADflow camera technology for monitoring traffic has led to major improvements in safety and reductions in traffic congestion for the London Borough of Enfield.

The West Country-based company has utilised its pedigree in the defence, marine and transportation arenas to develop its traffic technology.

Enfield installed the system nearly three years ago in an attempt to overcome dangerous and congestion forming behaviours such as drivers doing illegal turns as a Rat Run, to reduce commuting time, blocking yellow box junctions, and driving in bus lanes during operational hours.

The solution was to install seven ROADflow Flexi Bus Lane Unattended 24/7 devices, alongside twelve ROADflow Motion unattended 24/7 rapidly re-deployable moving traffic enforcement devices, to identify incidents such as banned manoeuvres and box junctions, as well as being able to enforce all other parking contraventions that are still able to be captured following Government legislation relating to CCTV enforcement cameras.

The simple modularity of the ROADflow technology, which enables cameras to be added easily to the system using its plug and play capability, meant that Enfield was able to augment its system over a period of time, taking into account budget considerations.

The results have been eye-catching with the switch from attended to unattended bus lane camera enforcement leading to a twenty fold rise in detected offences, along with a 50 per cent increase across the whole spectrum of traffic infringements.

London Borough of Enfield CCTV and Electric Vehicles Co-ordinator Ivor Norman explained: “There are several advantages to the ROADflow system. It doesn’t require an operator; it’s a robust system and it’s good at capturing a number of contraventions, probably five times as many as an attended CCTV camera operator would pick up. There’s also the back-up service and SEA’s attention to getting things resolved.

“It’s the best thing we have ever done in terms of altering motorists’ habits towards road safety and making the roads of Enfield better to drive on.”

ROADflow flexi unattended bus lane enforcement cameras all operate different enforcement days and hours. Without the need for CCTV operators, the system can enforce 24/7 at each site if required ensuring increased compliance with significantly less effort and cost. ROADflow cameras require no roadside cabinet and are powered by a single main supply. They are lamp post, CCTV column or building mounted and weighs just over 9.6 kilograms for the unit, bracket and ANPR camera.

It also overcomes the problem when vehicles bunch tightly together or licence plates can get obscured by other vehicles, pedestrians or cyclists. While this often means that it is difficult to continuously track vehicles through a scene, the advanced 3D tracking enables the system to maintain vehicle position, even when this occurs.

Most users take advantage of supplied software upgrades as part of comprehensive support delivered by a dedicated team of engineers, while SEA is further enhancing its support through the option of a variety of comprehensive maintenance packages. 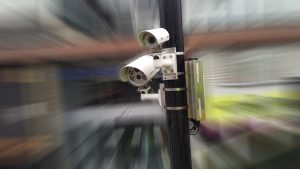